Ivy Smith 1
Ivy sings a skipping song and remembers her childhood rhymes, as well as the game "What's the Time Mr Wolf?"

Ivy Smith 2
Further memories of childhood games, including spinning tops, marbles, "Tally Ho" and rounders around the trees that were then in Parry Road, paperchases, and Hula Hoops

Ivy Smith 4
Memories of the houses in Paul Street, how they were laid out, heating the outdoor toilets with oil lamps in the winters, what her American friend thought about this way of life in Tredworth after the Second World War, and the beautiful and functional gardens of Tredworth 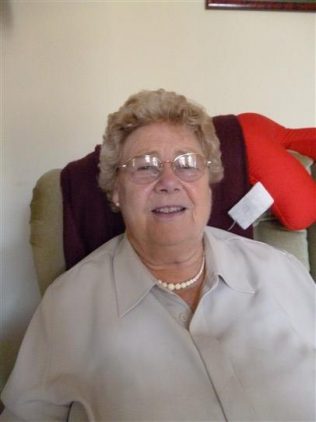 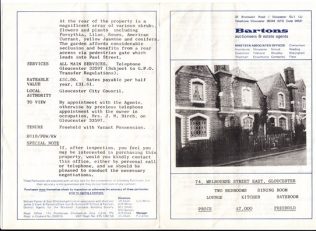 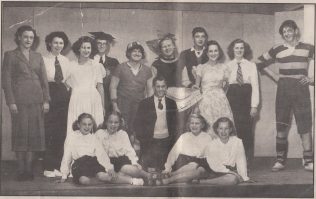 zoom
Ivy's Parry Hall theatre group. Ivy can be seen in the back row with the apron
Tom Charnock

Ivy Smith remembers Tredworth, Parry Road and the games she played there as a child, the character of Melbourne Street and Hatherley Road, and the lay out of the houses and gardens in Paul Street. She also sings a childhood skipping song.