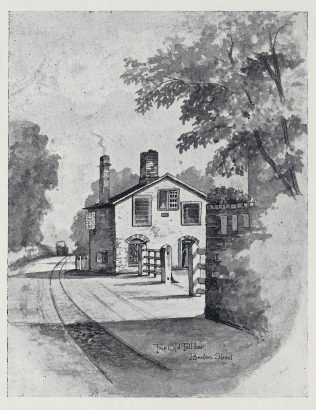 In September 1847 steam locomotives began running along a section of an old tramway that ran from the Midland Railway’s Gloucester station to the Docks.  This raised concerns for public safety as the line not only crossed the Barton Street turnpike road, which was a busy public thoroughfare, but also because the tramway had for many years been used as a footpath and horse road.  In the event, it was just two weeks before a fatality occurred.  However, this was not caused by a collision as most people presumed would be the danger, but by fire.  The victim was a little girl called Ann Williams and you can download the story of her untimely and tragic death here.

You can click on the image of the tramway to see a larger version of it.