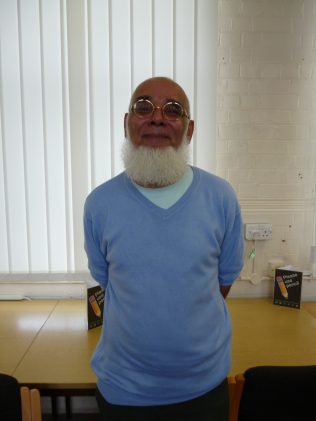 Mahmoud 02
Mahmoud compares his experiences of growing up and accomodation at the Karachi Restaurent, Bradford, and Barbados, and how the family settled in Salisbury Road just off Barton Street

Mahmoud 04
Mahmoud tells us about his love of the English language, of becoming aware of speaking "a different English" when attending St James' junior school, and of the inspiring teachers there who encouraged his "thirst for learning"

Mahmoud Patel’s family were originally from Gujarat in India, but he was born and grew up in Barbados in the West Indies.

In this interview, Mahmoud vividly remembers what it was like to arrive in Gloucester aged 8 and to move to Salisbury Road (just off Barton Street) after his early childhood in Barbados. He also reflects on his first experiences of going to school at St James’ and of becoming aware of speaking “a different English” there.

In the final excerpt, Mahmoud compares his own experience of moving to Gloucester with his father’s, and praises the first generation of Muslims who moved to the area for their “visionary” stance in founding services for this new community.