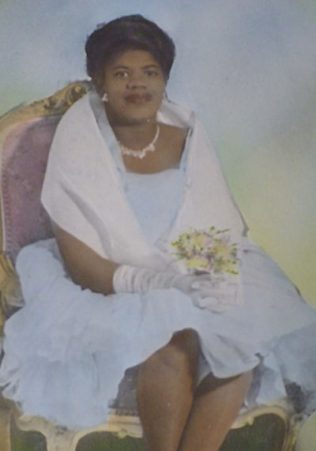 Naomi Patterson 4
Here, Naomi comments on the changing face of Barton Street and the shops there

Naomi Patterson 7
In this clip, Naomi speaks about her volunteering work

Naomi Patterson 8
Finally, Naomi explains the picture at the top of the page 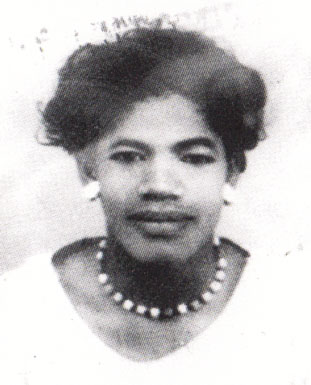 zoom
A picture of a young Naomi, before she came to England 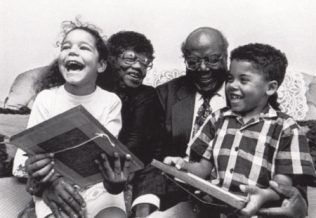 Naomi Patterson came to Gloucester from Jamaica in the 1960s. She came to join her husband William who had travelled to the UK several years earlier to work at Gloucester Foundry. After her long trip, one of Naomi’s clearest memories upon arrival is remarking to her husband about how many factories there were in Gloucester, not realising that she was in fact looking at the terraced housing of Barton and Tredworth.

She also clearly recalls the first meal William made her when she arrived – freshly cooked mackerel and a glass of stout! Naomi and William lived with family in Barton and Tredworth before getting their own home, and in this collection of audio clips, Naomi recalls some of her experiences and her memories of the area from the time of her arrival.

Since coming to Gloucester, Naomi has had several different jobs, raised three children and now volunteers at her church, the United Reform Church and also the Black Elders’ Luncheon Club. ‘Mrs P’ is still very much a part of her local community and a well known personality in Barton and Tredworth, and hopefully her positive outlook on life comes across in these clips.