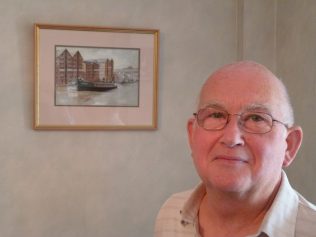 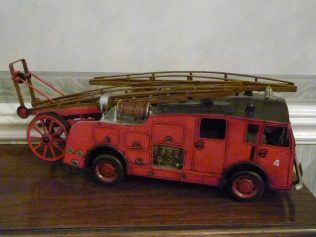 Chris Witts 3
Here, Chris recalls one of the fires he attentded in Barton and Tredworth

Chris Witts 4
Chris recalls how he became a councillor

Chris Witts 5
In this clip, Chris gives an explanation of the roles of Sheriff and Mayor of Gloucester and how he fulfilled both roles 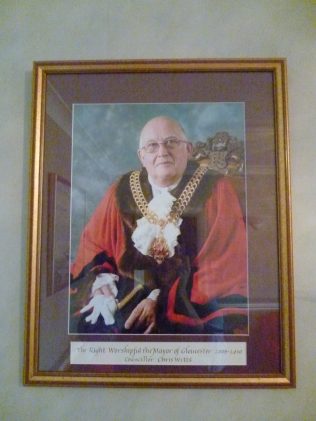 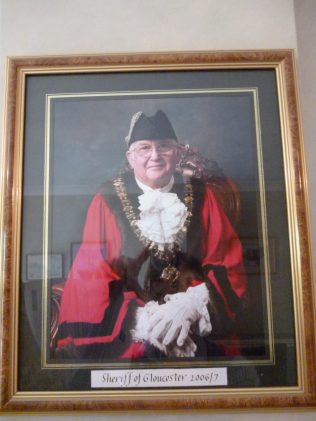 zoom
Chris as Sherif of Gloucester 2006/7

Chris Witts has lead a truly remarkable life and here in this collection of audio clips, he tells Sue Dubois all about some of his most memorable experiences. Chris attended the Central School in Derby Road before entering the world of merchant shipping as a ship’s lad. This took him all around the UK and overseas and Chris clearly recalls the night of the Severn Railway Bridge disaster – the boat he was on was traversing the Severn not too far from the bridge when the accident occured.

Later, Chris left shipping to join the Fire Service and ended up serving the communities of Gloucester for 27 years. After this, Chris returned to shipping before being persuaded to enter the world of politics by standing for the role of Councillor for the Longlevens area. He went on to win the seat, and in 2006 Chris was elected as Sheriff of Gloucester. In 2009 Chris was elected as Mayor of Gloucester and in the the later audio clips, he speaks about what the role meant to him, the local community and also his thoughts on the Mock Mayor of Barton role in the community.