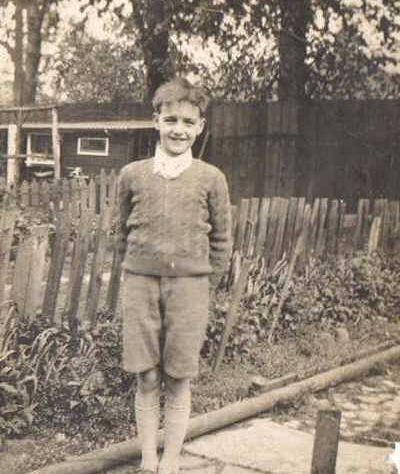 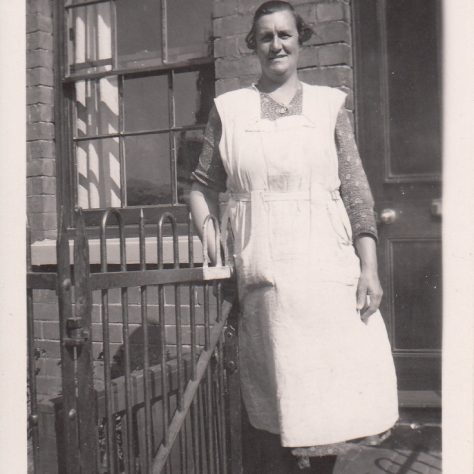 Selina Turk, Michael's mother, by the railings outside 83 Tredworth Rd, mentioned in clip 4 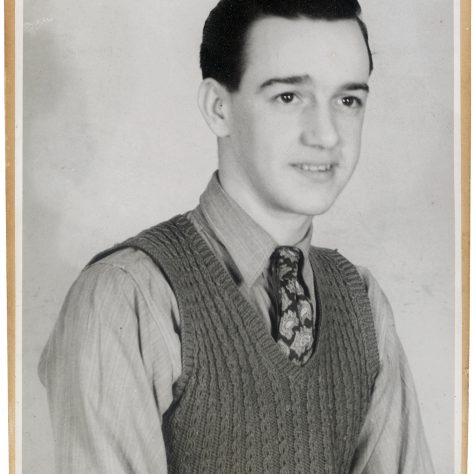 Michael John Turk photographed in the Fielding & Platt Drawing Office on 15 January 1951, two weeks before he joined the RAF

Michael lived during the 1930s at 83 Tredworth Road, although the photograph to the left above shows him in the garden of 40 New Street.

He remembers attending Tredworth Infants and Junior Schools during the late 1930s, and reminisces about Tredworth during The Second World War.