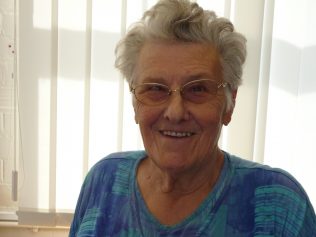 Jenny 2
Jenny was born in 32 Robinson Road in 1940, but moved to 8 Furlong Road when she was about 13. Here she describes the house in Furlong Road and the reasons for attending Carlton Road School rather than St Paul's 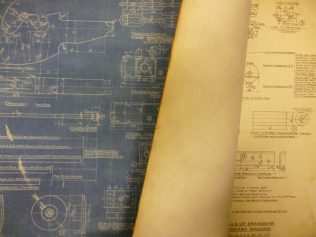 Jenny 5
Jenny remembers how the linen-backed paper her father worked on in the Drawing Office of The Gloucester Wagon Works could be made into clothing during the war. She also recalls her father's close friendship with the head of the Drawing Office, Frank Barber, and how they would test the tanks made at The Wagon Works together

Jenny 7
In the final clip, Jenny remembers the early recycling that happened during the war: the swill bins at the corners of Robinson Road and Central Road, the milk being delivered by horse-drawn cart from Mann's Dairy in Hempstead, and washing in the rainwater that collected in the waterbutt in her grandmother's garden in Tweenbrook Avenue

Jenny Bomberg (nee Mountney) recalls her life in Tredworth in the early 1940s.

In the early clips, she remembers attending Carlton Road school during the war and her own small contributions to recycling for the war effort.

She goes on to remember her father’s close friendship with Frank Barber in the Drawing Office of The Gloucester Wagon Works. In these very detailed memories, she touches on the sports clubs of the Wagon Works and how her father and Frank Barber tested the tanks built there during the war.

In clip 5, Jenny reveals how her father’s work for the company kept them in blouses during the war.  An example of the kind of linen-backed technical drawings from the Wagon Works that she remembers her father bringing home and from which they used to make clothing can be seen pictured above the clip.

In the final clips, she recalls what daily life was like during the war: the swill bins, milk rounds, and rainwater used for washing.