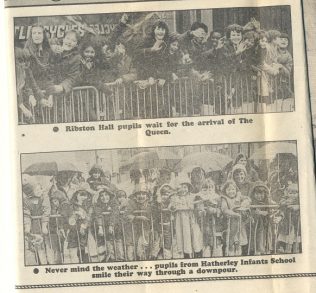 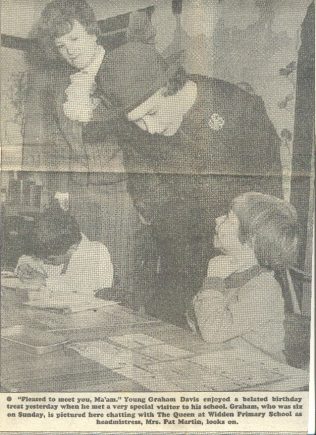 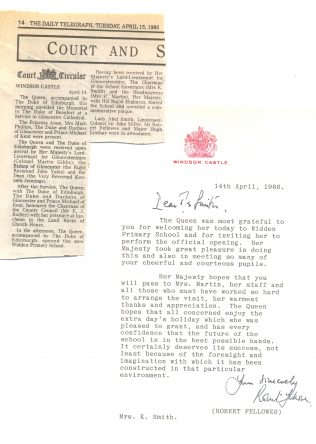 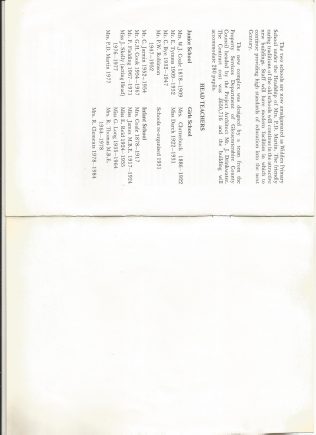 Living in Widden Street, my parents sharing a house with my grandparents, my first school was Widden Street School (as it was then called) which I attended until I was 5. Then in 1947, my father won £2,000 on the pools and we moved to Marlborough Road and I moved to Finlay Road School. My grandparents, Mr & Mrs Godding continued to live in Widden Street until the mid-60’s.  I remember little of Widden Street School except dark classrooms with very high windows (well, I was little!).  My great uncle, “Uncle Ted”, Mr Timms had been Headmaster of the Junior School.

Some 30 years later, our family association with (now) Widden School was renewed when my mother, Kathleen Smith, was appointed Chairman of Governors.  It was Mother who, spotting a report in the Citizen that the County Council was to build a Senior Citizens’ Home nearby, reminded them that a new School had been promised.  Working with Mrs Pat Martin, then Headmistress, the new school was built.  Imagine the thrill when Mother and Mrs Martin were told that the new school was to be opened officially by Her Majesty the Queen and Mother had to make the welcoming speech.  Mother loved Widden School and spent many happy hours there, going far beyond the commitment normally expected of a Chairman of Governors.  She particularly enjoyed giving the girls knitting lessons.  She presented a tree for planting in the grounds.  I wonder if it is still there.  After retiring as Chairman, she continued to visit regularly until ill health meant she could no longer do so.

I have added some photos but I do have more if required.